The Long-term Implications of Failing to Protect Intellectual Property 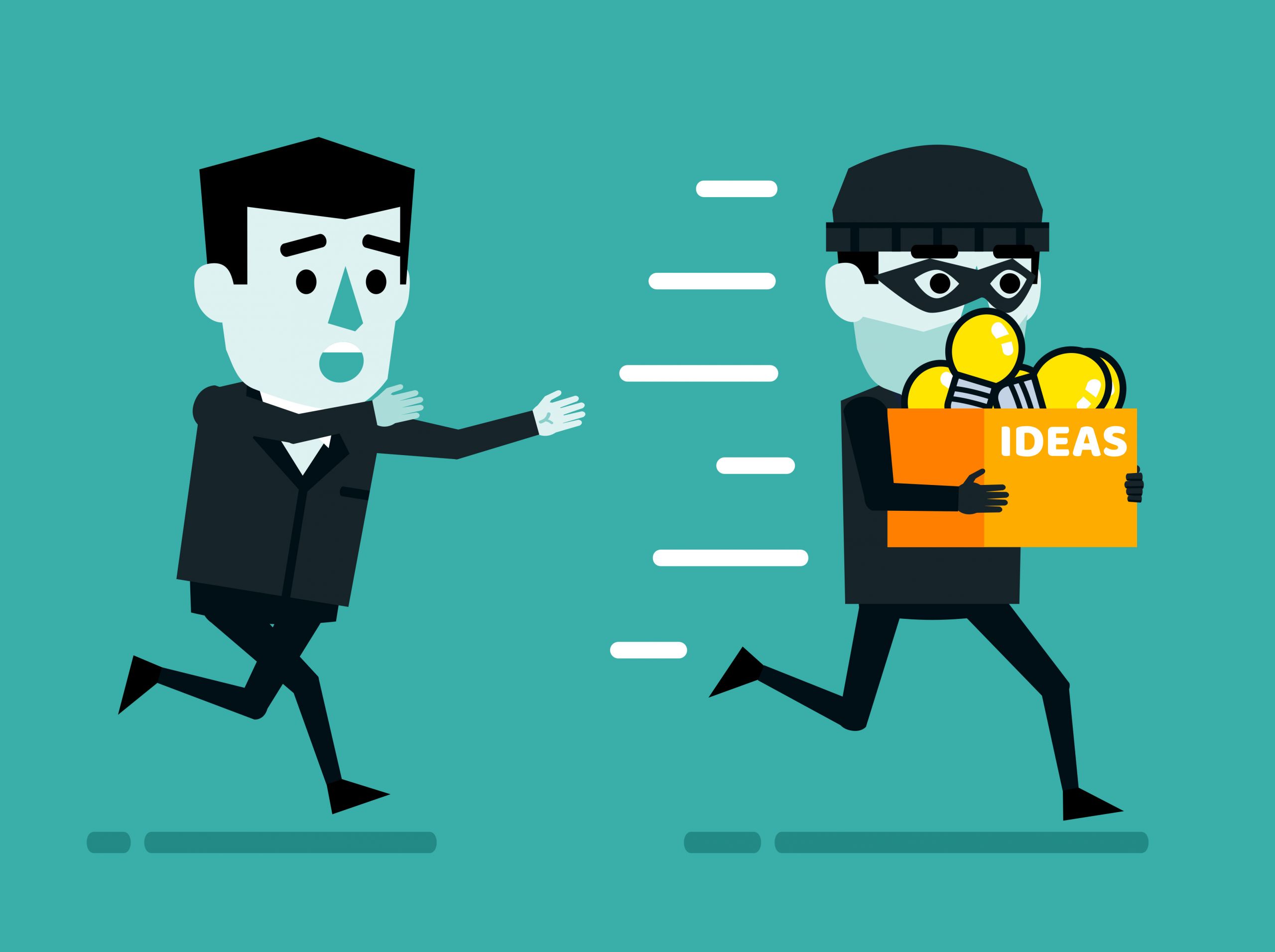 With everything else going on, many business owners do not prioritize legally protecting their intellectual property. Although this is understandable, it is oftentimes a major mistake.

Failing to protect your intellectual property can negatively impact your business. It opens the door up for imitators, can prevent your business from expanding, and may prevent you from fully benefiting from products you have created.

As we’ve previously discussed, copyright, trademarks, and patents protect different types of intellectual property and offer their own protections. Without these protections, businesses and creators often find themselves in difficult straits. We’ve seen this time and time again in the history of intellectual property disputes. Let’s take a look at each of the three types of IP, and the long-term implications of not enjoying protections.

A copyright provides creators with the exclusive right to copy, distribute and publish their work—whether that be a song, novel, play, software program, or another creative work. Many creators do not file for a copyright registration immediately upon completing their work. They assume, correctly, that they own the copyright even if they do not file.

However, there is a difference between implicitly owning a copyright and holding a formal copyright registration under U.S. law. In 2019, the Supreme Court ruled that the owner of a copyright may not file an infringement lawsuit enforcing their copyright until the Register of Copyrights has officially registered the copyright.

This essentially means that without filing a copyright, you have little legal protection against infringement. Others can infringe upon your copyright without fear of real consequences. Even if you do later file for a copyright, the failure to do so earlier can mean that you will receive a lower settlement in a legal dispute.

Several recent disputes over the copyright of photographs illustrate the perils of not filing for copyright immediately. In one case, a photographer attempted to sue an e-commerce company for using his photos (in altered form) on their website. The company, Chive Media, moved to dismiss the case because the photographer did not own a copyright on the date when the alleged infringement occurred. The court ultimately agreed, stating that the photographer could not sue for statutory damages and attorney fees.

Another case involving photographs was resolved in 2016. In the 1990s, plaintiff Andrew Paul Leonard created photographs of stem cells utilizing an electron microscope—a highly technical form of photography that only a few people can successfully complete. Leonard discovered that Stemtech, a nutritional supplement company, used his images in their promotional materials in 2007. He then filed for a copyright. Although in Leonard’s case the court ultimately ruled that he was entitled to receive $1.6 million in damages, Leonard was unable to collect statutory damages because of the delay in filing for a copyright.

These cases illustrate the dangers of not filing for a copyright registration promptly. Yes, the creator of a work technically owns the copyright from the moment a work is created. But they have almost no legal power to enforce the copyright before the Register of Copyrights recognizes ownership.

Even businesses who aren’t primarily publishers can benefit from filing for U.S. copyright registration. Marketing materials, photographs, and graphics can all be copyright protected.

Trademarks cover your company’s branding—your name, logo, and other markers of your brand. Filing for a trademark registration is essential for building brand trust with your customers. Although there are usually some limits to trademark protection, not owning a trademark registration opens up your business to competitors imitating you. This may be intentional or not, but either way you lose out on business.

In some ways, trademarks are similar to copyrights in that your trademark rights are automatically established when you use the trademark in commerce. But, just as with copyrights, rights are easier to enforce when you register your intellectual property.

Take this situation: You establish a restaurant, Bobby’s Burgers. Over time, locals come to love your delicious burgers and other treats. Then, someone decides to open Bobbie’s Burgers on the next street over. They don’t make good burgers, but they do put up a logo that looks suspiciously like yours. If you have a trademark, you can easily sue the imitators for infringing on your trademark. Although you may still be able to sue for infringement without a registered trademark, damages may be significantly less.

Of course, we don’t need to look towards hypothetical situations to demonstrate this point. Recently, the e-commerce company Backcountry made waves by aggressively enforcing its trademarks. Backcountry is a major retailer that sells outdoor equipment. In 2018, it started selling its own line of branded apparel. The retailer then attempted to intimidate smaller companies to stop using the word “Backcountry” in their own names. This included companies that had been operating for decades.

By failing to register a trademark, you open yourself up to being the target of someone else’s trademark infringement lawsuit. It may also impact your plans to expand your own business in the future. This danger was demonstrated in a curious case involving Apple and the Beatles (yes, those Beatles).

In 1968, the Beatles set up a corporation, Apple Corporation, to release their music and manage their business affairs. Steve Jobs and his partners almost certainly did not know this when they established their own Apple in 1976.

Fast forward to 1980. George Harrison saw the computer Apple Corporation in a magazine and believes there was the potential for a trademark dispute. After much negotiation, the two Apples agreed to share a trademark in a 1981 agreement. The basic agreement was that the Beatles’ Apple would own music, while Jobs’ Apple owned computer-related products.

Yet this was hardly the end of the conflict. Later in the 80s, the conflict resurfaced when computers developed the capacity to play sounds. Once again, the companies had to negotiate.

But the conflict reached its apex once Apple released iTunes in 2003. Now, Apple Computer was directly infringing on Apple Corporation’s territory by selling music. This sparked a years-long legal battle. Although the matter was ultimately resolved, one result was that the Beatles catalogue came to iTunes relatively late—a definite blow to Apple’s digital music business.

Of course, the high profile and wealth of the parties involved make this situation unique. But it nevertheless illustrates the importance of performing due diligence by establishing trademarks early on. Ideally, your trademarks should be broad enough to allow growth. Apple Computers may not have anticipated going into the music business back in the 70s, but thirty years later it became a highly relevant issue.

Apple isn’t the only corporate giant to run into a trademark problem when expanding. The international fast food chain Burger King cannot legally establish a restaurant within twenty miles of Mattoon, Illinois because a family business owns the Burger King name in Mattoon. However, the Mattoon Burger King cannot expand with its current name or use the national Burger King logos thanks to the chain’s trademark registrations.

The potential for conflicts isn’t the only reason to register a trademark. Many investors are reluctant to invest in a business without clearly established and defensible trademarks. If you don’t own the exclusive right to use your trademarks, you are not able to build and expand a brand in the long-term.

In the era of e-commerce, trademarks have become even more important. Without clearly established trademarks, it’s possible for imitators to sell counterfeit products to unwitting consumers. This is a particular problem in the Amazon Marketplace. But if you have trademarks, it’s easier to go after imitators on Amazon and elsewhere.

The process of applying for a patent is onerous, so many businesses do not file for a patent quickly. It is also true that there can be negative consequences of applying for a patent too early. However, patents are valuable pieces of intellectual property. Without a patent, businesses risk other inventors and companies trying to make and sell a copycat product. For this reason, displaying prototypes at a trade show is not recommended unless you have the protection of a patent.

It can sometimes be difficult to know what products are going to hit and which will not. But a patent will help to ensure that your business can profit from your innovation.

The history of technology is littered with examples of inventors who never profited from their innovations. Sometimes this is intentional, such as in the case of Jonas Salk, developer of the polio vaccine. Yet in other instances inventors have lost out on millions of dollars (if not more). Daisuke Inoue invented the karaoke machine, but never applied for a patent because he couldn’t imagine it taking off. That mistake meant he never benefited from his invention.

As with trademarks, e-commerce poses a particular set of intellectual property issues. Without a patent, inventors face the possibility that other companies put out imitator products and sell them at a lower price. This can cut into your potential market and may force you to lower a price for your own invention.

The history is clear. By applying for a copyright, trademark, or patent as soon as possible, businesses can protect themselves later.